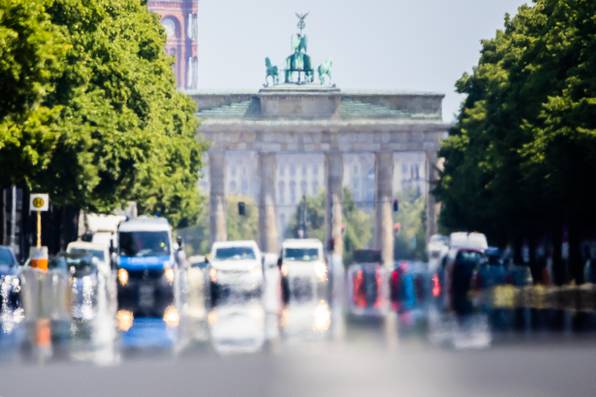 Hanover. Life on this planet is getting hotter. Also in Europe. The big cities are particularly affected. These will have to adapt to an increase in hot days from five today to up to 15 days a year by 2050. What may still sound attractive to the younger generation is an enormous burden for the rest of the population.

In addition, there are rising energy prices due to the transformation to decarbonization, which was accelerated by the Russian war of aggression, i.e. the conversion to an economy that uses as little carbon as possible. Climate change has three consequences for employees and the future of work: Living and working outside of the big cities and metropolises is becoming more attractive. Cities are becoming greener and cooler. Thirdly, flexible working time models are becoming the norm and green jobs are becoming more and more popular.

According to a new study by the EU Commission, the temperature difference between urban hotspots and the surrounding area can be up to 15 degrees. Co-working in the countryside is already booming today and will attract more and more city dwellers to work in the countryside. Fast internet, even in rural areas, makes hybrid work in the home office possible for everyone, and video conferencing replaces a large part of business trips. Less commuting saves time and is good for the climate. For younger people, the village is becoming more popular than the big city, as a survey by the Association of Private Building Societies in 2021 showed. More and more companies are responding to the trend and settling outside of the big cities.

Cooperatives are also benefiting from the “out into the country” trend. You are experiencing a start-up boom and new demand. Cooperatives can provide services in the fields of housing, shopping, nutrition, agriculture, mobility and energy in rural areas quickly and in solidarity and are an important partner for the municipalities in the provision of services of general interest. Rural regions with natural and recreational value benefit particularly from the co-working trend. Initiatives such as “Urban Villages” and “Coworkland” combine living, working and community and create new perspectives. The Swiss cooperative Village Office is committed to ensuring that everyone can reach a digitized co-working space within 15 minutes. Rural areas play a decisive role in climate protection. The energy turnaround by 2045 will not be possible without the rapid expansion of decentralized solar and wind energy.

Cities are responding and becoming greener and cooler. Older and poorer people who live in densely populated areas are particularly affected by the increasing heat. More and more metropolises such as Milan, Frankfurt and Paris are reacting with fresh air corridors, house and roof greening, green belts and natural cooling systems. In the future, houses will be built of wood, and agriculture is also spreading in the cities. In the southern cities of Europe, working without air conditioning will become almost unbearable. Smart Green Cities therefore rely on intelligent technologies that better combine work, life and living. Green roofs have a positive effect on the urban climate. Since they can absorb water, green roofs relieve the sewage system during heavy rain events and have an insulating effect against noise and heat loss in winter. In summer, they can partially replace air conditioning systems. Marsh roofs are excellent for cooling: When conventional roofs heat up to 40 to 70 degrees Celsius on hot days, a marsh roof remains comparatively cool at 29 degrees Celsius. Urban heat plans, early warning systems and heat-resistant office buildings are becoming the new normal. New buildings rely on geothermal energy for heating and cooling, sun protection on the facades as well as sustainable rainwater management and water that ensures a good microclimate.

Flexible working time models are becoming the standard, and there is a boom in green jobs. The rigid nine-to-five model will be the first to fall victim to climate change. We will start work earlier, take longer lunch breaks and continue working in the evenings when it gets cooler. The lucky few with air conditioning will skip their lunch break to have more time in the evenings. The corona pandemic has radically changed working hours. New models such as the four-day week, job sharing and shorter working hours in stressful occupations relieve employees and the climate. Why not work less in the hot summer and longer in the cold winter?

The “short full-time” with 30 hours per week is becoming more and more popular and mainstream, especially in industry. Studies from Great Britain show that the productivity of employees does not fall, but actually increases. The fight against climate change is becoming a new job engine. “Green jobs have a future” announces IG Metall. More jobs are being created as a result of the transformation than are being lost. Ecological, responsible consumption and work is particularly popular with millennials, those born around the turn of the millennium. Companies must also adjust to this. According to studies, ecologically and socially sustainable companies are more successful than their competitors across the entire value chain. More and more companies are therefore relying on green technologies and talent.

Adaptation to climate change will radically change the world of work. Workers will work more flexibly and freely. The changes will demand a lot from us, living and working in times of the climate crisis will be more exhausting for everyone. Nevertheless, we have more to gain than to lose: our common future.

See also  What does that say about our quality of life?

This is Daniel Dettling

dr Daniel Dettling is a futurologist and heads the Institute for Future Policy he founded. His current book: “A better future is possible. Ideas for the world of tomorrow” (Kösel). The text appears in the October issue of the magazine “Kommunal”.

The Dangerous Journey of the Sardines – Feast in the Ocean: – Video