Doctors’ offices are full of patients coughing, sniffling, who not only look miserable, but probably feel miserable. According to the Robert Koch Institute (RKI), more than seven million people were affected by various respiratory diseases within just one month this year. Doctors’ offices can hardly keep up.

It is not uncommon for the number of infectious diseases to rise during the winter months. This time, however, the number is extremely high, pushing medical and nursing staff to the limits of what is possible. The number of sick people has skyrocketed within a very short time.

A total of around 200 different cold pathogens are known. According to the RKI, four of them are currently in particularly high circulation in Germany and Europe: influenza viruses, rhinoviruses, SARS-CoV-2 and the Respiratory syncytial virus (RSV)which can be particularly dangerous for infants and small children.

The RS virus can cause a severe course

Many of the infants and young children who have contracted RS virus have been hit so hard that they require hospitalization and ventilator support. In some regions of Germany there are no longer any free cots in the clinics that could accommodate children and infants.

RS virus emerges seasonally and causes bronchiolitis, which mainly affects children under 24 months. The airways become inflamed and swollen. This narrowing reduces the flow of air into and out of the lungs. It can lead to pneumonia and shortness of breath. Mucus forms in the fine branches of the bronchi, which can be seriously damaged.

Fever and cough are also typical of RSV infection, and some children develop symptoms similar to whooping cough, which can also be life-threatening.

See also  Application, benefits and risks: What are puberty blockers?

Adults, on the other hand, usually cope with such an infection without major problems, unless they have serious previous illnesses such as asthma, or their immune system is not functioning optimally.

The RS virus is distributed worldwide

Corona has left its mark

At the peak of the corona epidemic, infections with cold viruses were rare, including those with the RS virus. During this time, most people have paid close attention to the rules of hygiene: often Wash your hands, wear a mask, keep your distance from each other. It was much more difficult for viruses of all kinds to spread far and quickly.

This year the corona regulations are no longer as strict, cold viruses do not have to overcome large distances or masks to infect someone. You have relatively free rein again and are now also hitting all the children who were initially spared from cold viruses. During the pandemic, these cases had fallen sharply. Now they are piling up again and there is a kind of traffic jam, which means that the cases of illness are many times higher than usual.

The outbreak of colds has been delayed

Many of the babies and toddlers who did not have an infection two years ago will become infected this winter. The same applies to those who were not ill a year ago. And then there are the little ones who are now experiencing their first wave of colds. These cases add up, sending the total count skyrocketing.

Another aspect: none of these children had a chance to build up antibodies against RSV or many other cold viruses. They help the body fight viruses and protect it from pathogens. Due to the hygiene regulations because of Corona, it didn’t even happen that this happened immune system of infants and young children had to deal with cold viruses. Now the infections are getting worse. 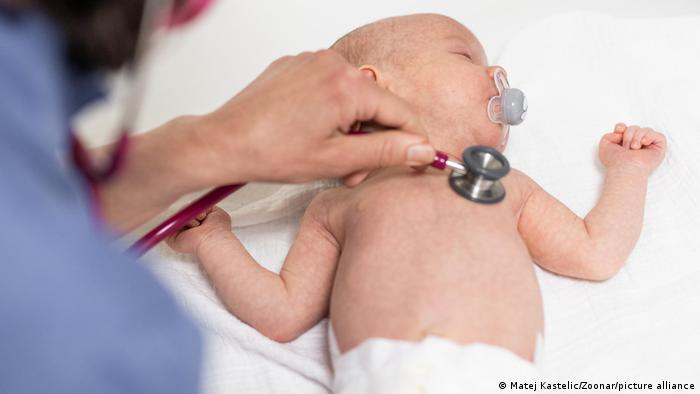 See also  Finding new friends: This is how it can work

At the first sign of a virus infection, parents should consult a doctor’s office

What parents should watch out for

An important warning sign for parents is when the child has difficulty breathing or rattling sounds are heard. Whistling in the lungs or a kind of crackling can also be an indication of a respiratory disease, for example an RSV infection.

The Robert Koch Institute emphasizes that children with RSV often do not want to eat or drink or they vomit. Tiredness is added, the children may become apathetic and no longer interested in anything.

Where exactly the symptoms come from, how serious the disease is or whether it could even become life-threatening for a child is best investigated by medical experts. The most important thing in such a case is to consult a pediatrician, even if it is currently not that easy to find a practice that has free capacity and a sufficient number of employees.

The RKI is already warning that the infections are far from over. In the near future, the numbers could increase even more worldwide. Not only Germany is affected by this. France, for example, already drew up an emergency plan for the bronchiolitis epidemic at the beginning of November. Other countries may soon have to follow this example.