More than 100 heads of state and government signed a declaration at the climate summit in Glasgow: They want to stop deforestation by 2030.

Can the Glasgow Declaration Really Save Forests? From a political point of view, one could speak of a “bang”, says science editor Thomas Häusler, who traveled to the climate summit in Glasgow for SRF. “It’s a big box.” However, he also puts things into perspective: “Experience shows that such agreements are not necessarily complied with. The step is promising, but I’m still skeptical.”

How are the states going to do this? Around 100 countries, which represent around 85 percent of the world’s forests, are raising around 12 billion US dollars for implementation. There are also around 7 billion from foundations. According to the joint statement are intended to support measures in developing countries. For example, investments will be made in restoring devastated land, fighting forest fires and promoting the rights of indigenous peoples and local communities.

What could that look like on site? Correspondent Thomas Häusler cites Brazil as an example: “There are loopholes in the law there when it comes to protecting the rainforest. So you would first have to create the appropriate legal framework or at least ensure that the laws would not be relaxed further, as President Jair Bolsonaro recently did.” The authorities must then be able to monitor compliance. “The police need petrol, for example, so that they can get to those remote areas where forest is being cut.” People also need alternative sources of income. And you have to promote programs that support sustainable production. “That also costs money.”

In addition to Brazil, Indonesia, the USA and Russia have also signed the declaration. How serious are you? “It would not be the first commitment in this direction that has not been kept,” says Thomas Häusler, referring to the New York Declaration on Forests, for example. Brazil in particular has done the opposite of what is stated in the declaration under Bolsonaro and has promoted deforestation. “Of course everyone can improve,” says Häusler. Certainly there will be a certain pressure on the states.

Suppose the declaration is actually implemented. What would that mean for the environment? “Then that would be one of the biggest and most important decisions for the environment in recent years,” says Christian Körner, an expert in botany and biodiversity at the University of Basel. One should not reduce the forest to its carbon reserves: “It is an incredibly rich habitat that is being destroyed.”

Forests and the CO2

Forests absorb about a third of the CO2 emissions emitted by humans each year. Trees can filter the CO2 out of the air and, thanks to photosynthesis, separate the oxygen from the carbon and store it. But the forests are shrinking alarmingly, according to a statement by the British government, which is chairing the UN conference in Glasgow: an area the size of around 27 football pitches is being lost every minute. Fewer trees mean that less carbon dioxide can be removed from the atmosphere – with a major impact on the global climate.

According to Körner, the Glasgow decision could stop overexploitation and switch to sustainable forestry. But that costs a lot of money and time and a lot of resistance is to be expected. “There are entire value chains and industries involved.” It is important to understand that reforestation alone will not solve the problem, but that we should stop clearing out large carbon stocks in the last large natural forests.

What are the problems of the declaration from an environmental point of view? According to biodiversity expert Christian Körner, there is a risk that politicians might now have the feeling that the problem has been solved. “This overlooks the fact that 90 percent of emissions come from fossil fuels and can never be recaptured using green methods. It must not happen that the pressure is now removed from those measures that could actually solve the problem: namely reducing the consumption of fossil fuels.”

Satellite images: This is what the deforestation of the Brazilian rainforest looks like 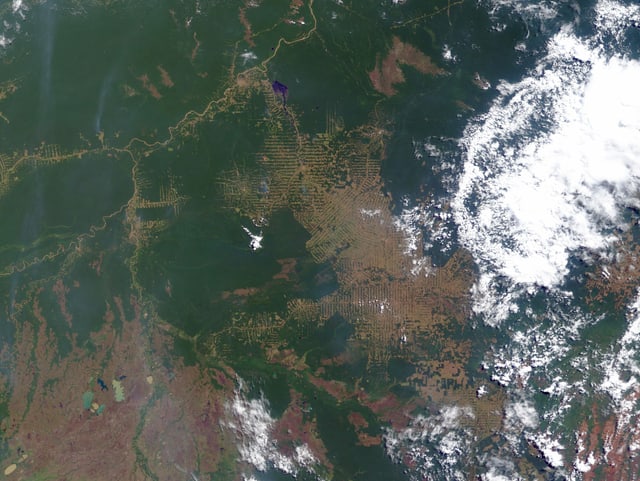 The Brazilian state of Rondonia in the west of the country has become one of the most deforested parts of the Amazon. NASA satellite images from 2000 and 2012 (next image) illustrate this. 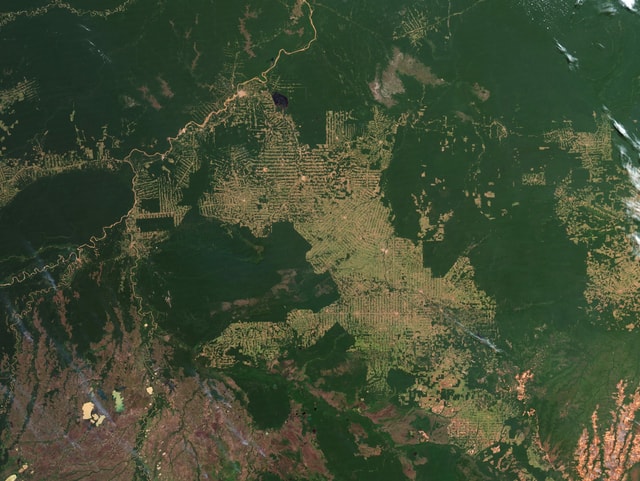 Forests have been cut down at a rapid pace in recent decades. In May of this year alone, 1180 square kilometers of rainforest were cut down in the Brazilian Amazon region. This is slightly more than the total area of ​​Hong Kong.

See also  What does this mean for our everyday work?