On Saturday, the Washington State Senate passed SB 5096 by a vote of 27-22, and it now heads to Gov. Jay Inslee’s desk for signing. On Sunday afternoon, the Senate passed HB 1091 creating a low carbon fuel standard. Both bills are tied to a future transportation package which must include a gas tax increase of a nickel or more.

“We finally have meaningful climate legislation that reflects the values and priorities of Washingtonians, and that respects the science of climate change,” Gov. Inslee said in a statement.

Inslee’s statement appears to fly in the face of voters’ actions. Both bills bypass the will of voters who soundly rejected I-732 and I-1631, which would have imposed a carbon tax raising the cost of home heating, vehicle fuels, and more in 2016 and 2018.

Businesses would have to purchase credits to exceed the allowed amount. If businesses were under the allowed amount, they could sell their unused carbon emissions to other firms. The overall pool of carbon credits is supposed to be gradually reduced by 2050, in order to hit a goal of net-zero emissions.

Washington would become only the second state in the nation (behind California) to enact a cap and trade program if the bill’s requirements take effect.. “We are genuinely, authentically on the march toward Paris accord levels of emissions reductions,” said Sen. Reuven Carlyle (Democrat, 36th District) sponsor of the bill.

Carlyle also mentioned a deal struck by Democratic lawmakers that could bring votes Sunday on a low-carbon transportation fuels standard, another longtime priority of many Democrats. However the bill “directs that compliance obligations for covered and opt-in entities will not take effect until a separate additive transportation funding act is enacted.”

“This is going to have really substantial implications” Carlyle added, for reducing carbon emissions across Washington.

Another win for Inslee and Democratic lawmakers came Sunday afternoon, as lawmakers approved House Bill 1091, which creates a low-carbon fuels standard. The two bills however appear to be tied to a future transportation-spending package that includes a gas tax hike of at least 5 cents.

“We’re disappointed lawmakers chose to raise taxes and adopt other policies such as a cap-and-trade program and low-carbon fuel standard that will place new hurdles in front of employers and employees struggling to survive the pandemic by adding cost to traveling,” said Johnson, the organization’s president.

Opponents spoke about this and other carbon reduction bills potentially raising the cost of gas by $1 per gallon or more. “The main takeaway from this package is that it’s going to hurt people in Washington,” said Rep. Jim Walsh (Republican 19th District). “It’s going to raise the cost of gasoline and diesel fuel at the pump by at least 60 cents a gallon, and maybe $1 or more.” (See CCT story here.)

Rep. Mary Dye (Republican, 9th District) called the bill “a trifecta of taxes” that is bad for middle class families in the state.

Some mentioned that two carbon reduction initiatives had recently failed at the polls, when the people were given a chance to vote. They referenced I-732 in 2016 which failed with 59 percent of people voting “no.’’ Initiative 1631 was rejected in 2018 with 56 percent voting against the measure.

I-732 would have lowered the state sales tax from 6.5 to 5.5 percent, increased the Working Families Tax Credit for low-income families, and reduced the business and occupation tax rate from 0.484 to 0.001 percent. There was no tax relief in SB 5096 or HB 1091.

Voters rejected I-1631 because “they understood it was a flawed initiative that would have raised consumer costs substantially while doing very little to meet carbon reduction goals in the state”, said Catherine Reheis-Boyd, president of the Western States Petroleum Association, which spearheaded the no vote.

Crosscut pointed out last year: “Washington already is falling short of an even more modest goal, passed in 2009, to bring emissions down to 1990 levels by the end of this year. Since 1990, the state’s emissions have actually increased by about 8%.”

In 2019, the Legislature passed the Clean Energy Transformation Act (CETA), which requires Washington’s electric utilities to meet 100 percent of their retail electric load using non-emitting and renewable resources by January 1, 2045.

Rep. Walsh spoke on the morning of the final day of the session, referencing “the grand bargain” Democrats made with each other. They linked together four or five bills, where all must become law in order for any one to take effect. “Politically, that may have been a mistake, he said.

“It doesn’t look like all the pieces are going to pass,” he said. “So none of them will take effect even though a couple of the pieces have actually passed and will go to the governor’s desk. They won’t be effective until the other pieces also pass.”

Walsh said the governor will claim victory, signing a couple of pieces of this package into law, even though they don’t take effect until the other pieces get passed.

Proponents say the money collected would go toward projects that include, among other things, energy conservation, transportation and assistance for a transition to clean energy. They also admit this will harm the poor and disadvantaged communities.

The bill provides that “35 percent, and a goal of 40 percent, of total investments to provide direct and meaningful benefits to vulnerable populations within overburdened communities.”

Natural gas utilities must be allocated allowances at no cost for the benefit of ratepayers. The bill acknowledges potential cost increases by providing allowances to benefit electricity and natural gas customers, but does not provide similar protections for propane users.

Former Gubernatorial candidate Bill Bryant reported the bill establishes an environmental justice and equity advisory panel that will spend at minimum 35 percent of revenues on community-led environmental justice issues. “The criteria for these programs are so broad that funds could be spent on projects only tangentially related to climate change and not necessarily aimed at reducing carbon emissions,” Bryant said.

Washington state already is one of the “cleanest” in the nation for carbon emissions. This makes further reductions harder to achieve.

“Washington state is only responsible for about 1.4 percent of American energy-related CO2 emissions, and 0.21 percent of global emissions,” said Bryant.

“Our minimal emissions should cause us to think seriously about how much we want to raise the price of gas, food and heating fuel in order to secure only modest (and globally irrelevant) reductions in CO2 emissions,” he said.

A recent Crosscut/Elway poll found support and opposition for the governor’s cap-and-trade proposal nearly tied within the margin of error. Only 4 percent of those polled cited the environment and climate change among the most important issues the legislature should address.

Earlier this month, Yale Climate Connections shared that market-based approaches to the problem aren’t working. They pointed out that lockdowns, working from home, and sharply curtailed travel during the pandemic shaved 7 percent from global greenhouse gas emissions in 2020, according to the United Nations.

“Market-based schemes like cap-and-trade agreements and carbon offsets have largely failed to deliver on the promise that policy makers once saw in them, according to a new book by carbon policy experts Danny Cullenward, a Stanford Law School lecturer and policy director at CarbonPlan, and David G. Victor, co-director of the Deep Decarbonization Initiative and a professor at the University of California-San Diego.”

The biggest reason for the disappointing results of carbon pricing schemes like cap-and-trade, they argue, is that policy makers aggregated industries and jurisdictions. This made it easier for a wide variety of opponents to aggregate to fight the policies, resulting in a “lowest common denominator” system that fails to lower emissions as much as intended.”

In their 2020 book, the authors also see problems with carbon offsets, which allow polluters to pay someone else to take action that “offsets” their pollution, such as planting trees or rehabilitating forests. A major flaw: This approach makes it hard to ensure that what polluters are paying for is actually happening, or that the steps are really offsetting the pollution.

One might wonder if Washington’s legislators considered these realities before creating SB 5096?

“Everyone imagines that there’s this vast army of people working on this problem, ensuring that there’s a good outcome, but in practice you see understaffed regulators – very few people paying close attention to this who have no financial interests,” Cullenward said.

Other past efforts have failed as well. The Grist reported last year: “Washington, Oregon, and British Columbia pledged to slash greenhouse gas emissions. In a decade full of big talk and epic battles, they all failed.”

“The three governments set some of North America’s first mandates to reduce greenhouse gas emissions over a decade ago. And if any place on earth can show the world how to confront the climate crisis, it should be here. Cascadia’s abundant hydropower provides a head start toward living without fossil fuels, and the majority of voters in British Columbia, Washington, and Oregon say they want to make that transition.

Yet Washington, B.C., and Oregon were not on track to meet their 2020 targets. In fact, until Covid hit last year, emissions were rising. Between 2013 and 2018, the most recent five-year period for which Cascadia’s governments have completed counts, emissions rose by about 5, 6, and 7 percent in Washington, Oregon, and B.C., respectively, according to a new analysis by InvestigateWest.”

By 2018 robust economic growth across Cascadia had restored over four-fifths of the 19.5-megatons of annual emissions that the region shed during the downturn. Reed Schuler, a senior advisor to Inslee on climate, told InvestigateWest that emissions rose because Washington’s economy is among North America’s fastest growing. “There’s more people living and working in buildings, more people driving around, more people flying around,” said Schuler.

However, comparative analysis by InvestigateWest puts the blame squarely on Cascadia’s weak decarbonization policies. Between full economic recovery in 2012 and 2018, the most recent reporting year, California and Cascadia both booked a robust 26 percent increase in GDP. Over that period California drove its annual emissions down by more than 5 percent. Washington’s emissions — and Cascadia’s as a whole — ballooned by over 7 percent.

The UN’s Emissions Gap Report 2020, published in December, found that even with the 7 percent drop in global emissions in 2020 due to the pandemic, the world remains on track to see average temperatures exceed 3 degrees C (in excess of 5 degrees F) above pre industrial levels by 2100 – blowing past the 1.5 C and 2.0 C increases that climate scientists have warned should be upper limits of warming.

The Emissions Gap Report targets consumer behavior and the shipping and aviation sectors, which account for 5 percent of global emissions. Shipping and aviation worldwide need to shift rapidly from fossil fuels, and aviation has advanced research into new lower-carbon fuels and increased fuel efficiency. This of course is of interest to Washington as Boeing remains one of the state’s largest employers.

But, the report says, projected increases in demand will make it harder for these sectors to quickly transition away from fossil fuels. The report places responsibility squarely on individual consumption. Two-thirds of global emissions are linked to private households.

The UN report indicates overall reductions in emissions globally must be about 80 percent more ambitious than what member countries of the Paris Agreement have pledged, University of Washington statistician Adrian Raftery told the Washington Post. The conclusion came from a significant study published in February by a team Raftery led that said global emissions need to fall steadily by about 1.8 percent annually in order to even have a chance at staying below a 2 degree C rise in average temperatures this century. 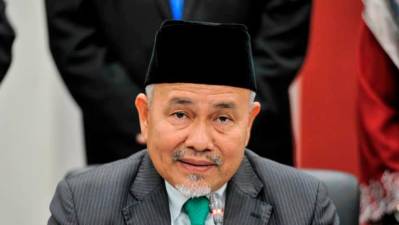