“Since the establishment of the mechanism of the Hong Kong/Shenzhen Co-operation Meeting in 2004, there have been a lot of co-operation achievements between the two places. This year marks the beginning of the implementation of the National 14th Five-Year Plan, together with the enormous opportunities brought by the development of the Guangdong-Hong Kong-Macao Greater Bay Area (GBA), Hong Kong/Shenzhen co-operation is set to scale new heights. As such, it is particularly meaningful that the meeting this year is held, for the first time, in the form of a high-level meeting cum co-operation meeting, and with the participation of the Secretary of the CPC Shenzhen Municipal Committee and the Chief Executive of the HKSAR. Hong Kong will make the best use of the advantages of ‘One Country, Two Systems’, capitalise on our business environment that is highly market-oriented, internationalised and underpinned by the rule of law, and proactively serve as ‘dual engines’ alongside Shenzhen to drive development in the GBA under the spirit of complementarity and mutual benefits,” Mrs Lam said.

In respect of individual areas of co-operation, the progress made and directions for future co-operation are outlined below.

Before the completion of the first batch of buildings in the HSITP in phases from 2024, the Hong Kong Science and Technology Parks Corporation (HKSTPC) will kick start the establishment of the Shenzhen branch of Hong Kong Science Park (HKSP) in the SZ I&T Zone, thus allowing institutes and enterprises that are interested in starting business in the GBA to first establish presence in the Co-operation Zone. The HKSTPC will also set up the InnoAcademy of the GBA in the Shenzhen Branch of the HKSP to provide comprehensive services to I&T talent of both sides, covering three important functions of a resource centre, a training hub, and an exchange platform. With the set-up of InnoExpress of the GBA, business development support will be provided for Hong Kong and Mainland I&T enterprises, capitalising Hong Kong’s roles in attracting foreign investment and going global.  HKSTPC has signed a framework agreement with Shenzhen-Hong Kong Science and Technology Innovation Cooperation Zone Development Co Ltd in the form of an annex to the Co-operation Arrangement. The two governments also witnessed the plaque unveiling of the joint office of the Co-operation Zone after the meeting.

At the same time, in order to attract talents and enterprises to develop in the Co-operation Zone, the governments of both sides have launched joint policy to implement measures conducive to the flow of talent, scientific research resources and business development, etc. The HKSAR Government will introduce to the industry the specific content of the relevant measures in detail later.

With the support of the Central Government, Hong Kong and Shenzhen have continued to widen mutual access between the financial markets of the two places to contribute towards high-quality GBA development and deepen financial market reforms of the country. The governments of the two places have agreed to continue to explore a host of financial facilitation measures, including continuing to explore the expansion of the scope of Shenzhen-Hong Kong Stock Connect, following up on the establishment of after-sales service centres by the Hong Kong insurance industry in the Mainland cities of the GBA, facilitating application of cross-boundary Fintech, and strengthening co-operation on green and sustainable finance, etc. The HKSAR Government welcomes the Shenzhen Municipal Government’s plan to issue offshore Renminbi bonds in Hong Kong, leveraging Hong Kong as a premier fund-raising platform, and will fully support the relevant work.

On legal services, the HKSAR Government is dedicated to providing development platforms for Hong Kong legal professionals in the GBA cities (including Shenzhen), including exploring with the relevant units in the Mainland to extend the measure of allowing “Hong Kong-owned enterprises to adopt Hong Kong laws and arbitration to be seated in Hong Kong” that is currently applicable to Qianhai, Shenzhen to other places of Shenzhen and then to the entire GBA. The exploration with Shenzhen also covers the enhancement of the implementation mechanism concerning co-operation in cross-boundary insolvency. Regarding recognition of legal qualifications, the HKSAR Government will continue to promote the GBA Legal Professional Exam to the Hong Kong legal sector and arrange in collaboration with the Mainland authorities practical training on Mainland laws for those who have passed the GBA Exam.

The HKSAR Government together with the Qianhai Authority have set up a simple system to allow consultant firms and contractors on the government lists, as well as professionals registered with relevant registration boards in Hong Kong, to be able to directly provide services in Qianhai by obtaining equivalent qualifications in the Mainland through registration. This has opened up extensive opportunities for development for the relevant professionals. Effective since October 2020, the measure currently covers the architecture, engineering, surveying, planning and landscape architecture professions.

Qianhai has been positioned as the Shenzhen-Hong Kong Modern Service Industry Cooperation Zone ever since its development. Currently, over 11 500 Hong Kong-invested enterprises have registered in Qianhai, covering modern service industries including financial services, logistics, information services, etc. With the Central Government’s promulgation of the Plan for Comprehensive Deepening Reform and Opening up of the Qianhai Shenzhen-Hong Kong Modern Service Industry Cooperation Zone today, the area of the Qianhai Shenzhen-Hong Kong Modern Service Industry Cooperation Zone will be increased significantly from 14.92 km2 to 120.56 km2. The HKSAR Government will discuss with relevant central ministries to achieve further liberalisation of trade in services of the Qianhai Plan through the Mainland and Hong Kong Closer Economic Partnership Arrangement (CEPA). Today, the Qianhai Authority, Shenzhen Administration for Market Regulation and the local taxation authority of Qianhai jointly launched “Qianhai e-Services Hong Kong-Macao Station”, a service platform in Hong Kong, to provide an integrated online service for business registration and tax-related matters for free to the people in Hong Kong and Macao. The platform will further benefit the development of Hong Kong people and enterprises in Qianhai.

On higher education, the Shenzhen Municipal People’s Government and The University of Hong Kong (HKU) signed a Memorandum of Understanding after the meeting to take forward the preparatory work for the establishment of HKU’s Shenzhen campus which would promote high-level academic and research activities in the GBA. Together with the Chinese University of Hong Kong (CUHK) which set up its Shenzhen campus a few years ago, the establishment by these two Hong Kong higher education institutions of their campuses in Shenzhen will help develop a talent pool in the GBA.

On basic education, the HKSAR Government encourages and supports Hong Kong school sponsoring bodies to establish schools offering the Hong Kong curriculum or Hong Kong and international curricula in the GBA. Not only will the children of Hong Kong parents in the Mainland be provided with suitable education services, the measure will also help promote exchange and co-operation among young people in the GBA. Shenzhen Hong Kong Pui Kiu College Longhua Xinyi School (the School) operates a through-train primary-cum-secondary school that offers a Hong Kong curriculum to Hong Kong students. The Chief Executive and the Secretary attended the inauguration ceremony as officiating guests and joined a guided tour of the School before the Meeting today.

Healthcare training is one of Hong Kong’s strengths. HKU and CUHK have planned to introduce the successful models of their faculty of medicine to the GBA in training healthcare professionals, with a view to meeting future demand for quality medical services in the GBA and other areas of the Mainland. In particular, the School of Medicine of CUHK, Shenzhen has been established and class has begun since early September, which will nurture many more healthcare professionals for the GBA in future.

Under the measure of allowing designated healthcare institutions operating in the GBA to use Hong Kong-registered drugs and medical devices used in Hong Kong public hospitals with urgent clinical use, nine drug items and two medical devices have now been approved for clinical use at the HKU-Shenzhen Hospital. The coverage of the measure has also been extended to five healthcare institutions in the GBA. The HKSAR Government will liaise closely and work with the Guangdong Provincial Medical Products Administration to continue to expand the directory of drugs and medical devices.

The HKSAR Government provides subsidy to non-governmental organisations (NGOs) to organise youth entrepreneurship projects th rough the Youth Development Fund. Eight of the sponsored NGOs are collaborating with ten youth entrepreneurial bases in Shenzhen, rendering entrepreneurial support and incubation services for the youth start-ups from Hong Kong. It is expected that the first batch of Hong Kong youth entrepreneurial teams would be successfully recruited in the third quarter of this year. On employment support, the Greater Bay Area Youth Employment Scheme launched in January this year by the HKSAR Government has received more than 3 400 job vacancies. By August, 816 young people have reported for duty and more than 530 of them work in Shenzhen. The HKSAR Government will continue to encourage young people in Hong Kong to seize the opportunities of developing their careers in the GBA, and will subsidise NGOs to arrange internship and exchange programmes to the Mainland, including Shenzhen, for the young people of Hong Kong.

Invest Hong Kong and the Commerce Bureau of Shenzhen Municipality have reached a consensus to jointly attract more overseas investment to Hong Kong and Shenzhen by co-organising large scale overseas investment promotion events and compiling promotional materials. Further to the online roundtable discussion “China-US Green Port and Low Carbon City Dialogue” held in California, US in August, more hybrid seminars will be organised in Japan and Europe in the second half of the year to strengthen the promotion of the business environment and investment opportunities of both Hong Kong and Shenzhen.

Apart from the above, the governments of the two places have also made steady progress in other areas of co-operation such as environmental protection, culture and retirement services.

Looking ahead, Hong Kong and Shenzhen will continue to promote high-level co-operation in different areas and make joint contribution to the development of the GBA and the overall development of the country under the spirit of “complementarity and mutual benefits”. The governments of Hong Kong and Shenzhen have earlier agreed to set up 19 working groups to take forward Hong Kong/Shenzhen co-operation on all fronts.

“The 19 working groups will press ahead with their work pragmatically with unsparing efforts. Progress made will be reported to the Hong Kong/Shenzhen Co-operation Meeting regularly,” Mrs Lam said in her concluding remarks at the Meeting. 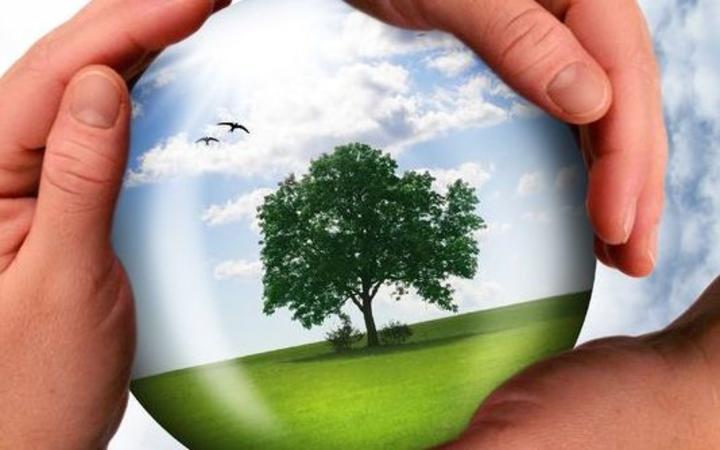 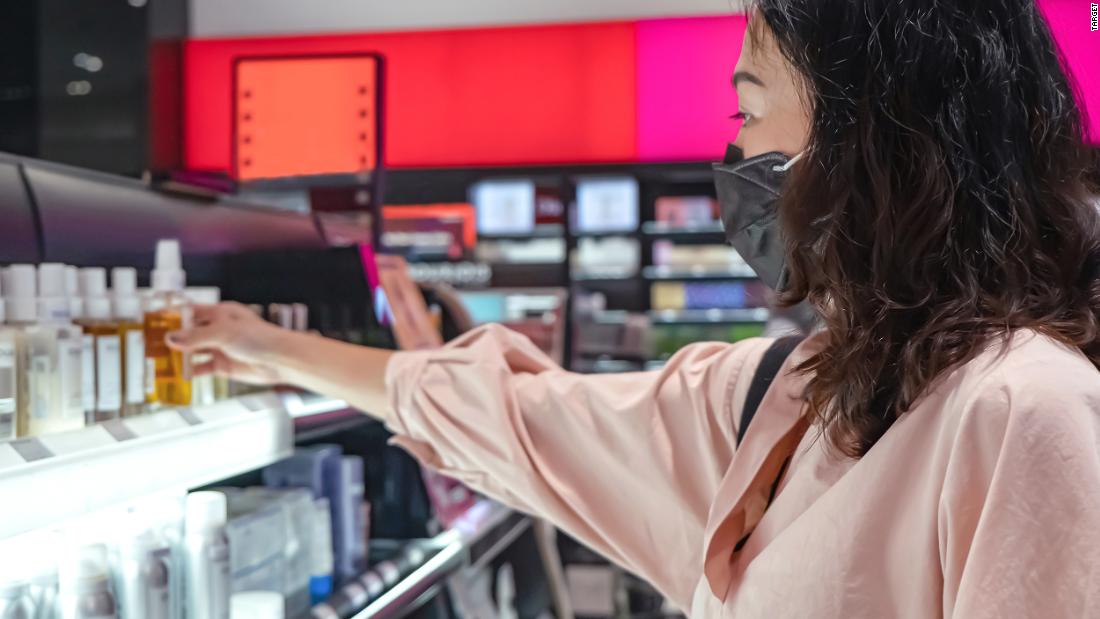 Interested in the keto diet? Here’s everything you need to know