Efforts to drive low carbon development pathways in industry sector are critical for achieving the goals of the Paris Agreement: Shri Bhupender Yadav

On the sidelines of COP 26 in Glasgow, the LeadIT (Leadership Group for Industry transition) Summit 2021 was held in hybrid mode presided by India and Sweden. Shri Bhupender Yadav, Union Minister for Environment, Forest and Climate Change, delivering the opening remarks,highlighted that industry sectors together contribute about 30% of the total CO2 emissions, and thus, efforts to drive low carbon development pathways in industry sector are critical for achieving the goals of the Paris Agreement.

Shri Yadav further stressed that although new countries like USA, Austria and Ethiopia, and companies including Skanska, Heidelberg Cement and Salzgitter have joined the initiative, it is necessary that more companies from the heavy industries should join the global initiative.

Participated in the LeadIT (Leadership Group for Industry transition) Hybrid Summit on the sidelines of @COP26 and stated that relevance of LeadIT, especially in the context of combating climate change has been strengthened with USA, Austria and Ethiopia joining the group. pic.twitter.com/90UtaXdmZ5

The Environment Minister mentioned the critical gaps in the global low carbon industry transition, which include technology development and transfer, ensuring the adequate flow of finance at scale and speed, capacity constraints, and policies to facilitate industry transition andstressed that any low carbon production in heavy industry requires intervention both at the level of alternative feedstocks as well as efforts to reduce process-related emissions, which is challenging in developing countries that are yet to build the majority of built structure.

“Developed countries should also provide lead markets for products of green technologies and drive down costs so that these can be deployed in developing economies also, at scale.”, emphasized Shri Yadav

The meeting was co-chaired by Hon’ble Deputy Prime Minister and Minister of Environment of Sweden, Mr. Per Bolund, who welcomed the new members in the LeadIT Group and added that industries play an important role in achievement of the net zero target, leading up to achievement of the Paris Agreement goal, and creation of new and green opportunities.

He also underlined on the importance of cooperation between countries and investments for transformation to a fossil free future, and on the need to find more friends including private sector and civil societies. He added that public private partnership and creation of demand help in radical emission reductions and creation of green jobs.

Mr. John Kerry, Special Presidential Envoy for Climate, USA said that it is important to explore opportunities that mix technology with finance, and LeadIT will support countries in holding hands and pulling up to achieve the goals of net zero in industry sector.

Ukraine, who is not a member of the LeadIT group yet, informed that it has submitted its willingness to join the initiative. Netherlands mentioned about the Mission Integrated Biorefineries that is being implemented in collaboration with Department of Biotechnology, India under Mission Innovation. Ethiopia talked about carbon neutrality and mentioned that collaboration is not only important among governments, but also among private sectors, and highlighted the importance of finance. The World Economic Forum looked forward to getting the 2030 plan implemented.

The event saw the adoption of the legal Summit Statement of LeadIT Summit 2021 by the Ministers of India and Sweden. 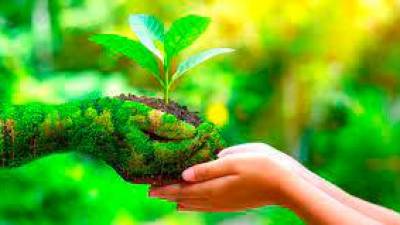 Weight loss What Is the18:6 Intermittent Fasting Method? Experts Explain